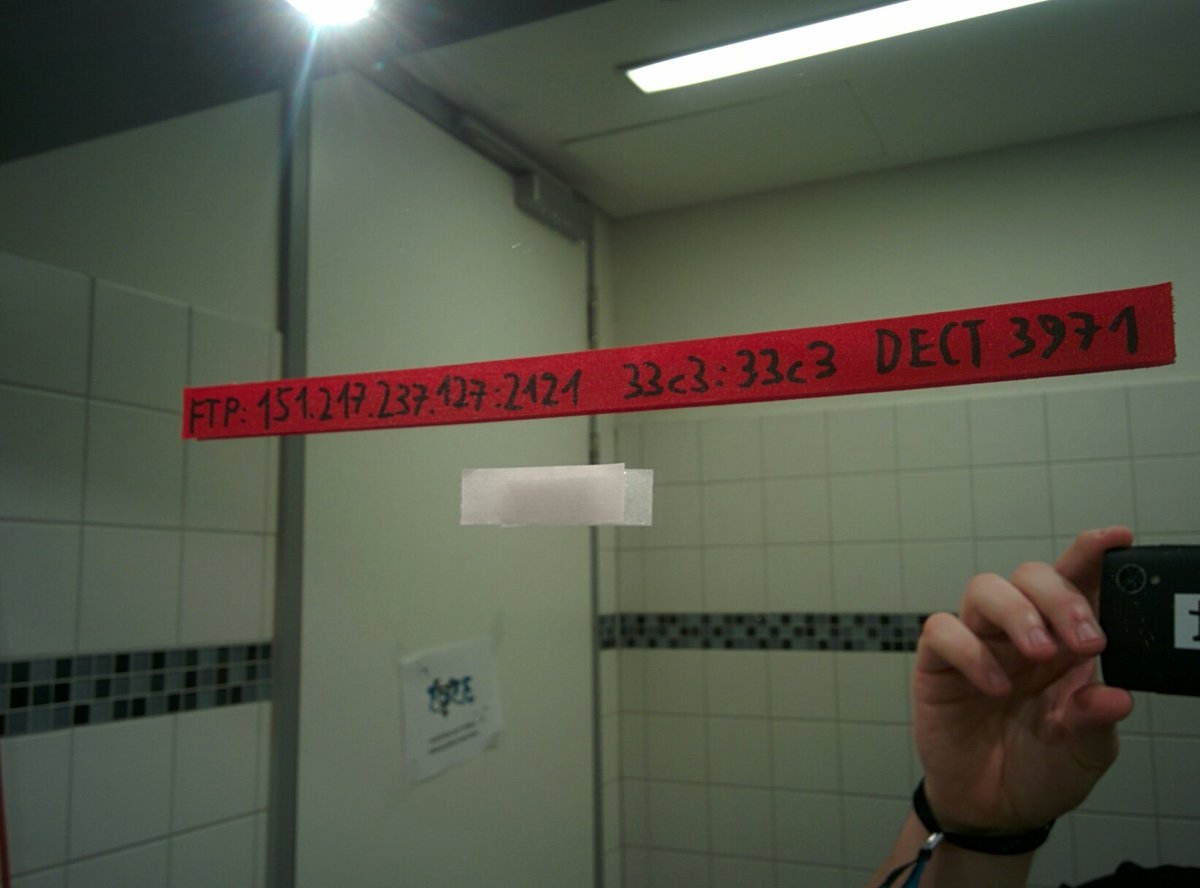 Congress is a great place to try out apps or networking things that require a lot of people involved. All over the building there are posters up with apps, network services, political action, calls for poets, puzzles, manifestos. Following up on these ideas could fill your time at congress. One poster than caught my eye was a call to use a decentralised mesh networked micro blogging service. The post links to an app called Rumble that is available with Android and iOS. There are enough people willing to try things out at congress that a meshed messaging app could be great fun to use.

Unfortunately it seems the app can't handle the network conditions at congress. The meshing can work over wifi or via bluetooth. I suspect the mesh over the wifi uses something like mdns for neighbour discovery. We found when we tried the SlowTV that multicast is blocked on the wifi for performance reasons.

The bluetooth option for the app seems unable to find any neighbours in the hackcenter either. It might be that the rf conditions are making this nearly impossible.

I will keep trying to play with the app after the event, but it would have been awesome if it had been usable at congress.