My Yardstick One appeared yesterday, time to set up RFCat.

The client tools depends on libusb-1.0 , which ships in FreeBSD and on pyusb . Pyusb is offered by the py27-usb port.

Then I built the rfcat client tools:

I had to set up devfs rules to access the usb devices, with my account in the usb group I have the following:

The r flag tells the client to throw me into the research prompt and I get left in something that looks sufficiently like ipython. To test that everything was working I decided to transmit some bytes in a loop in the ism 433 band. 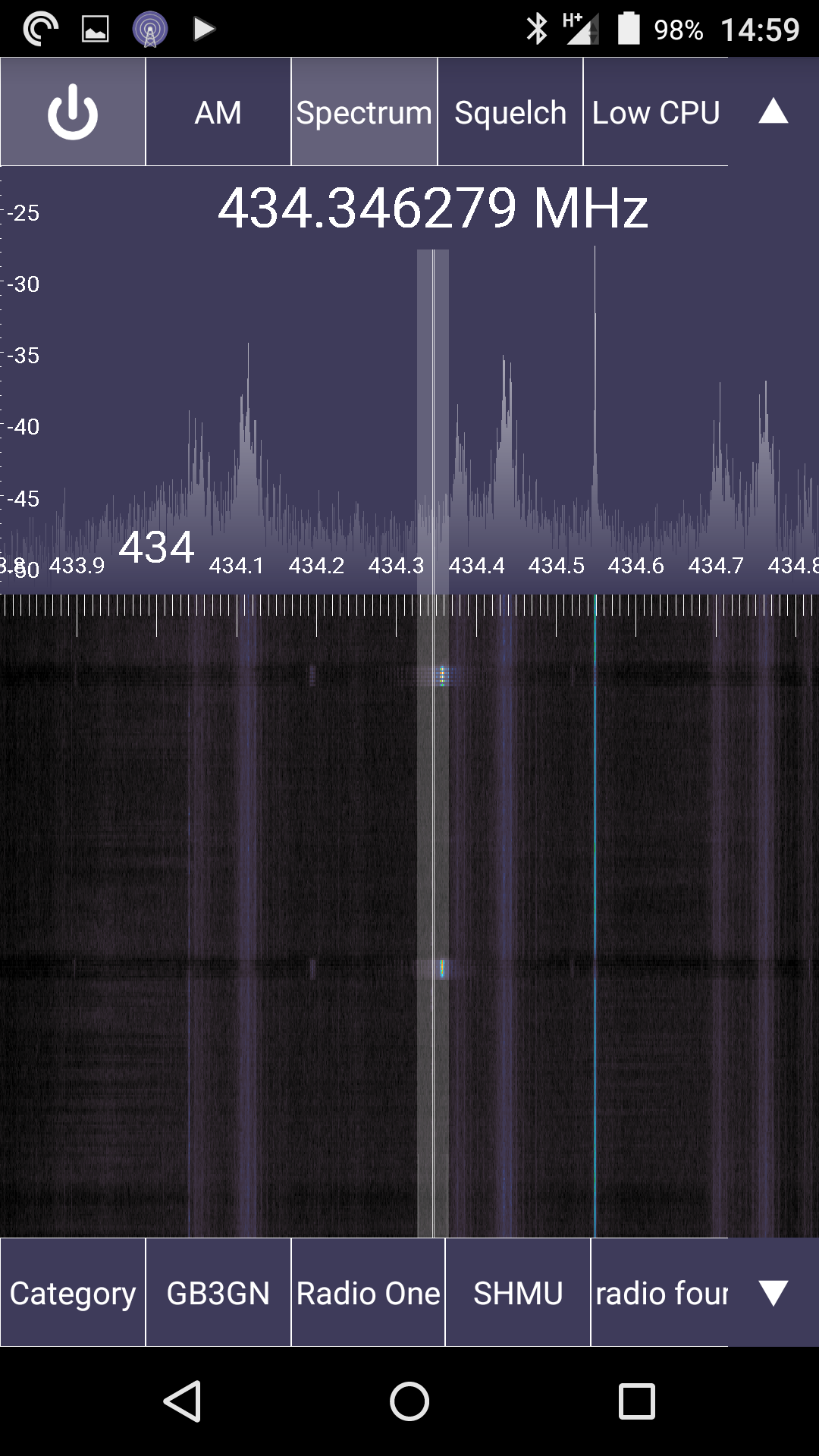 I used an rtlsdr dongle and sdrtouch on my phone to get a quick demod of the spectrum and to see a waterfall. I tried this a few times, but I wasn't seeing the expected signal. Right off to the far right edge of the screen I was seeing a jump in strength, tuning around a bit while transmitting I eventually caught my burst packet. It seems that my rtl dongle is about 400KHz off the actual observed frequency.