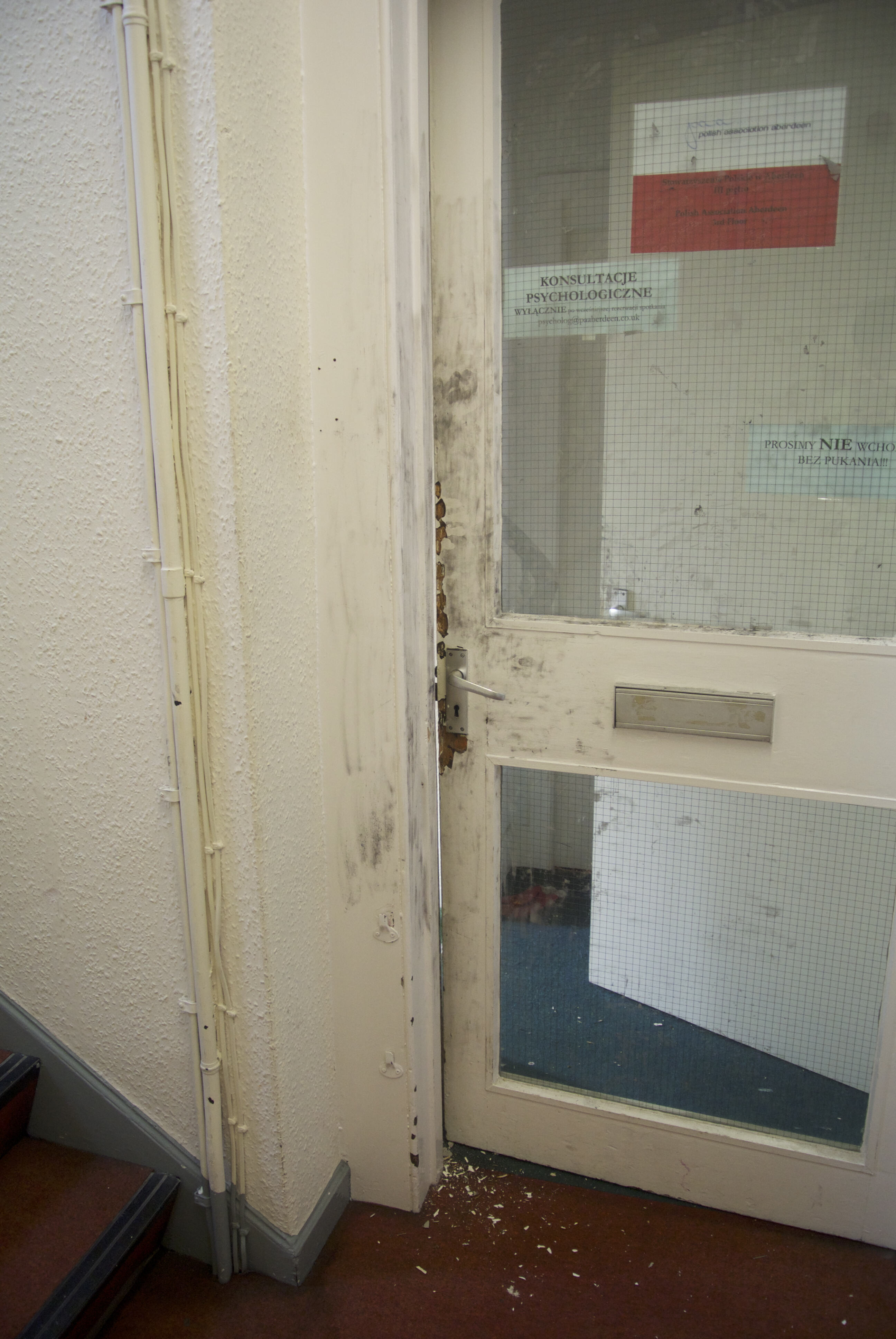 On Saturday the 8th march 2014 we did a run through of the MakeIt-Glo workshop. Afterwards I went to the pub, leaving my bag(laptop and camera) in the space. Ed and Calum stayed in the space.

Charlene text me and awoke the hangover at 0500 on the 9th. Unable to sleep I headed into the space to get my laptop and bag and shit. The time lock was disabled at 0657 when I came in and the main door was open for the world.

I came up the stairs and saw that the door to the kitchen area had been pried open and all round damaged. I saw a guy that I thought was a lock smith(hungover head is optimistic), he pointed at our door and said something like "It is locked". I unlocked the door and walked up to him, I fumbled questions about his name and what was going on. He went to leave, but I saw my (United Pixel Workers) laptop sticker sticking out of the bag. 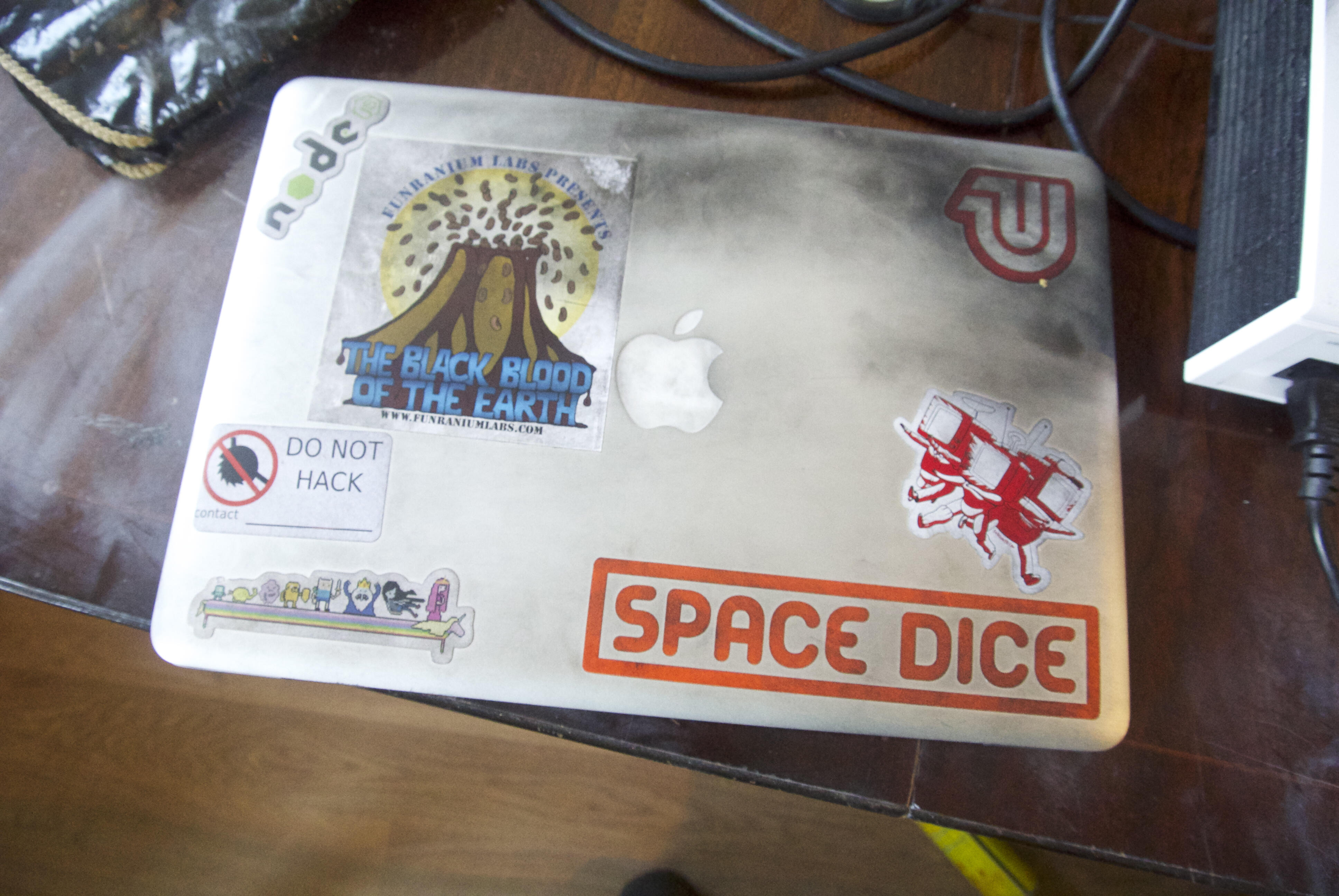 I said it was my laptop, he put the bag down and I grabbed it, my camera and laptop charger. He placed both the bags he was holding on the floor. I walked across the lab and put my stuff in my bag then pulled out my phone. He said "I've called the police already" my witty retort was "Well I'm doing it again". As the police call center answered he disappeared down the stairs.

Police came and took immediate details and put out a bulletin. Anther robbery happened on king st while the officers where talking with my. Logic ties the two together to both me and the officers. A crime scene officer came and printed the broken door and the items we were sure he had touched.

This bloke didn't wear gloves, tried to break through an unlocked door and didn't manage to grab our beer money jar. He broke into a dentist, I have no idea what he was expecting to steal. The bastard tried to steal our drinks cupboard. 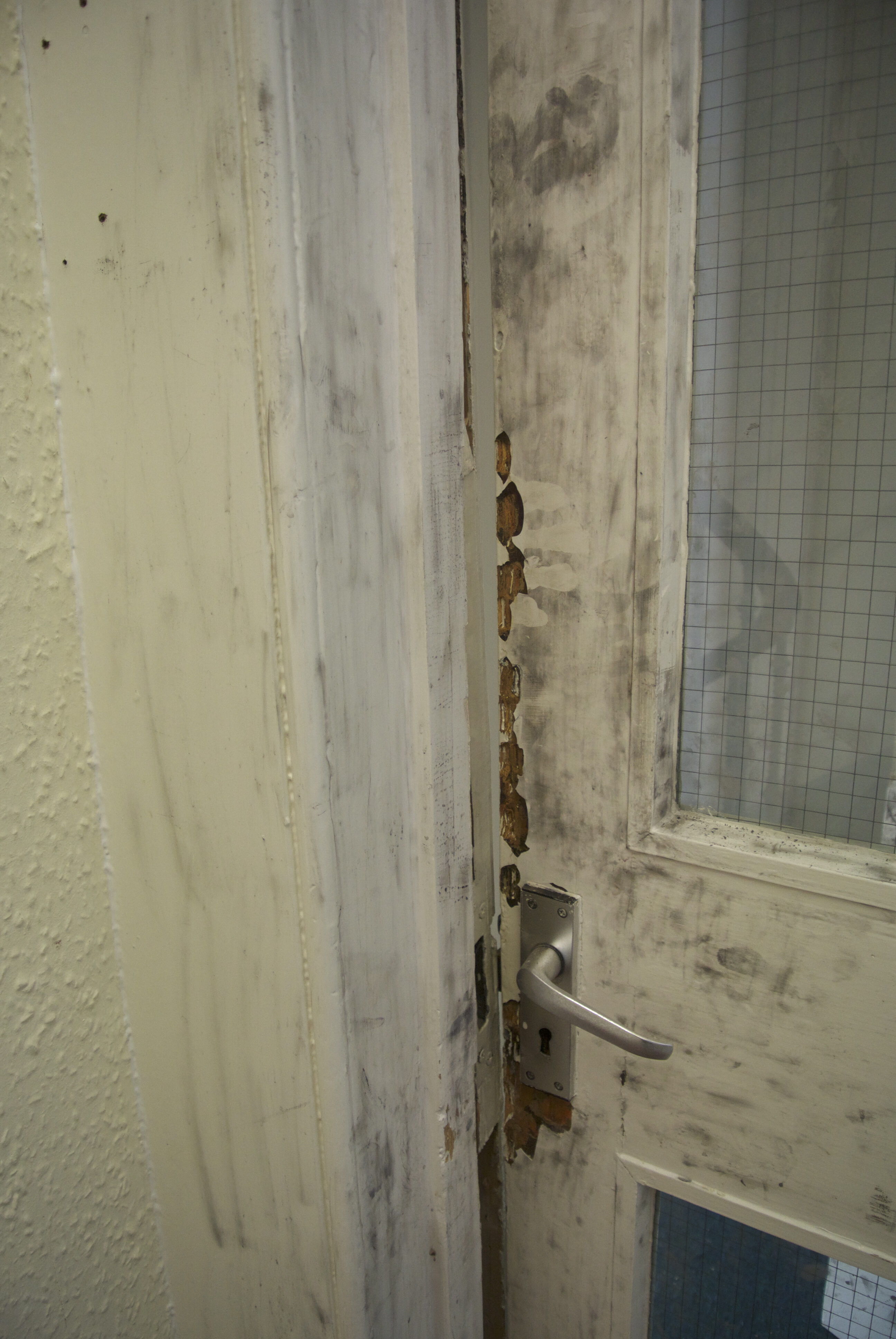 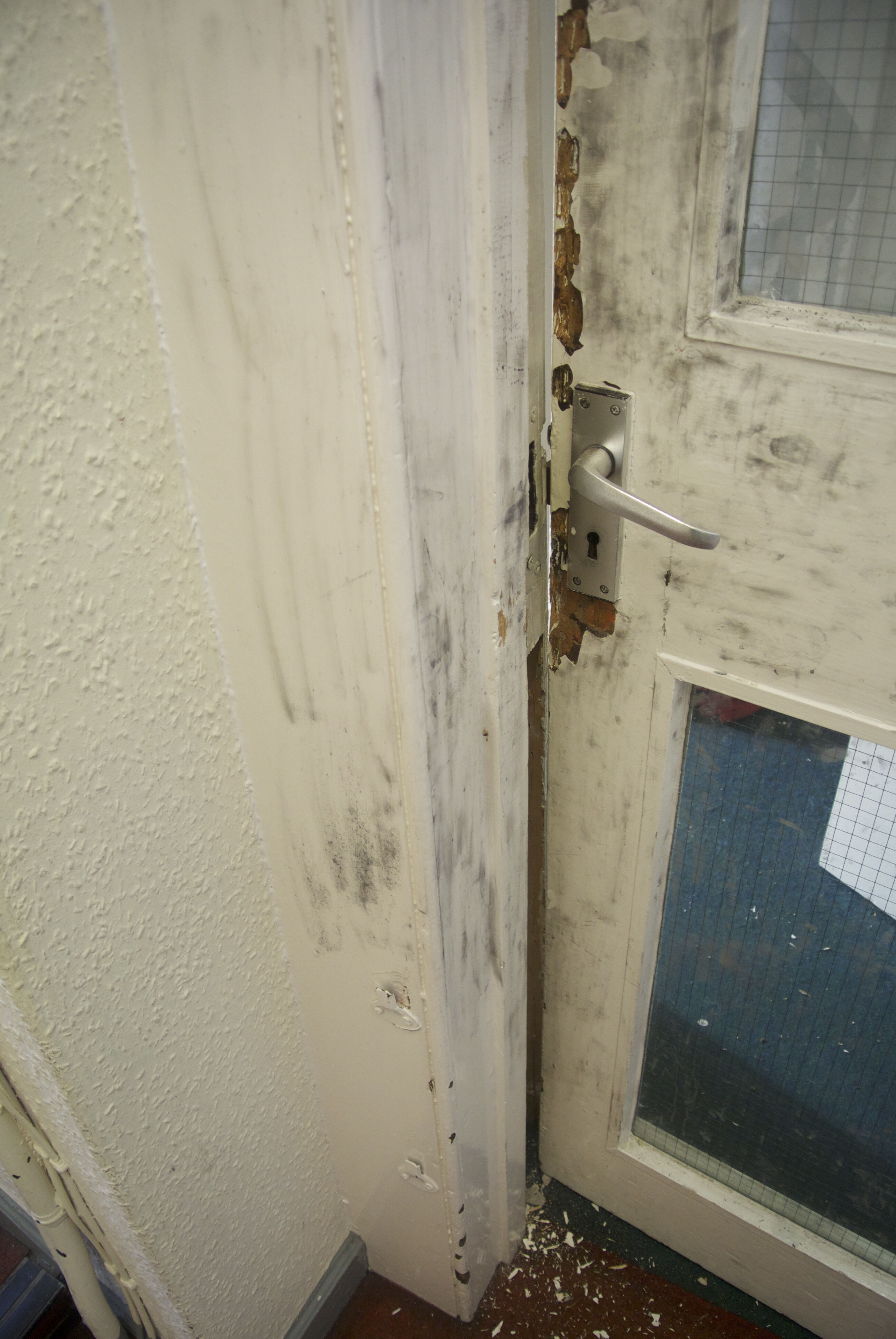 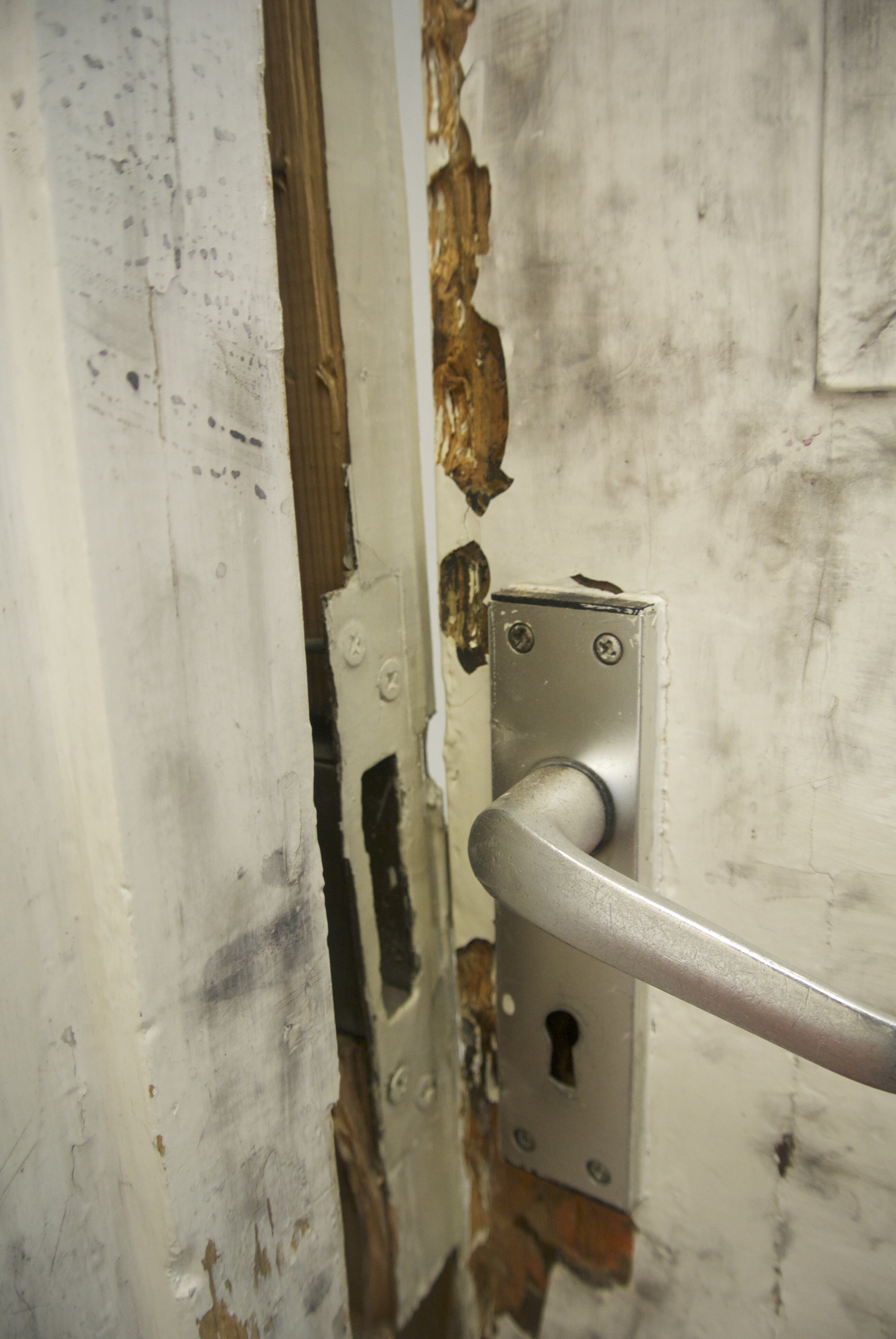 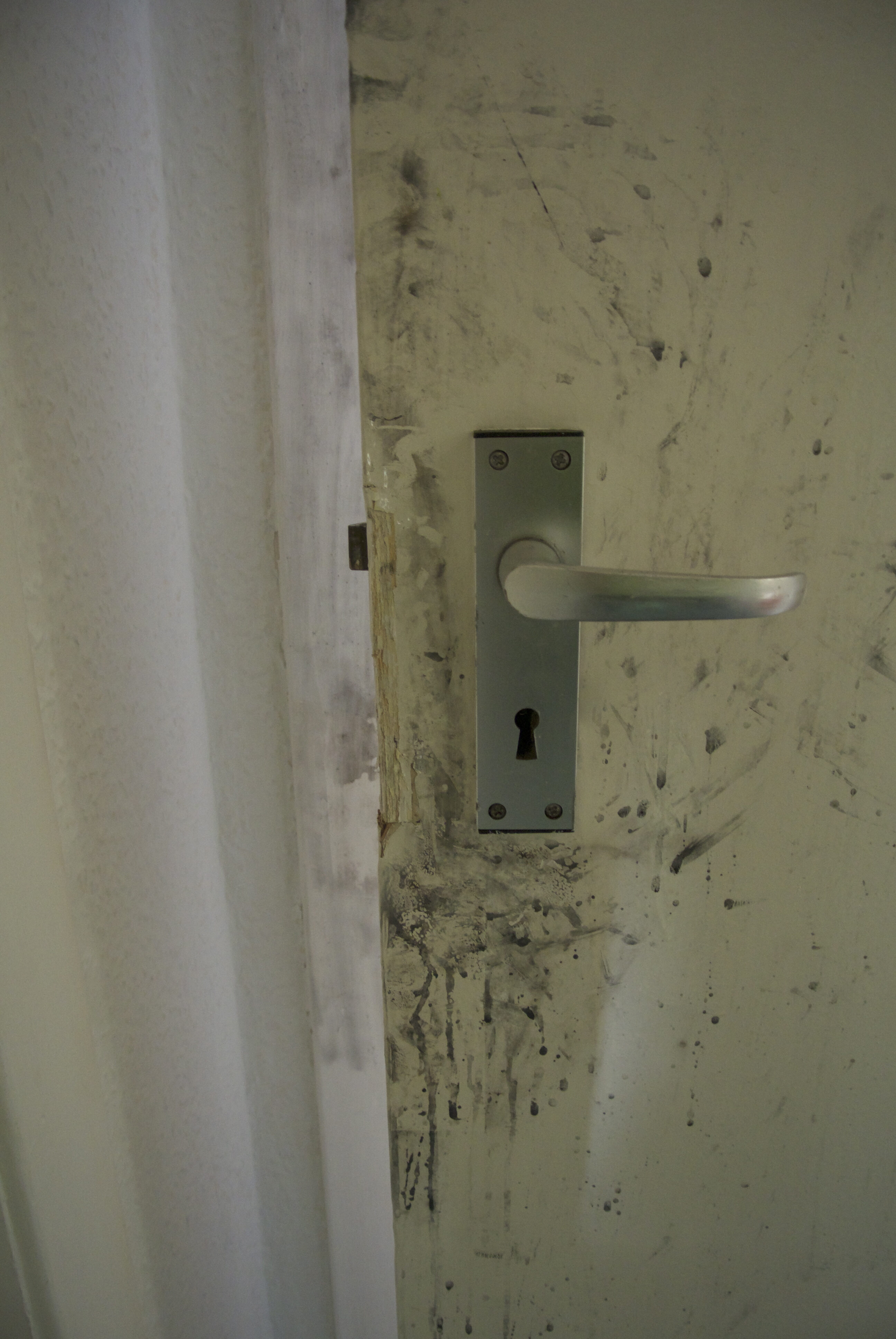